HARNED – The Breckinridge County High School celebrated Homer Gray Night Monday, Feb. 5 at Tiger Arena. Coach Gray was recognized prior to the Tiger’s game against Edmonson County.
Public address announcer Rob Cox read the following statement:
Let me first thank our guests for this ballgame tonight, the Edmonson County High School Wildcats, for indulging us with your time for this grand celebration. You Edmonson County players and fans understand the importance and value in celebrating past champions in hopes of inspiring future champions and I hope there is a Clemons, or Goad, or Rich or an offspring of these great champions in your crowd this evening.
Breckinridge County and Edmonson County have each enjoyed the view from that championship mountain as so few schools in our Commonwealth ever have. Breckinridge County winning the KHSAA State Championship in 1965 and 1995 and were runners-up in 1964 and Edmonson County winning the Championship in 1976.
Homer Gray arguably has had and still has a greater impact on the kids of Breckinridge County than any person who has ever lived and worked in our great county. Homer Gray taught and coached at Hardinsburg Elementary and later at the Breckinridge County Middle School for thirty years and not only won a tremendous number of games in basketball and football, though his teams most often did win, but he had a profound impact on kids he served in his physical education classes and his colleagues who treasure him so greatly to this day.
Homer started on the 1964 and 1965 championship teams and after graduation from the Breckinridge County High School, he matriculated to Campbellsville College, now university, and became a college All-American basketball player. After serving in the United States Army during the Vietnam War, Homer returned home with his teaching degree and commenced to impact in a most positive fashion two generations of Breckinridge Countians over three decades of service to the Breckinridge County Schools. Homer Gray’s lasting legacy will be the teamwork he inspired, the love for sports he instilled, and the genuine kindness toward each other he encouraged and demanded.

Click here to view full story on our E-Edition! 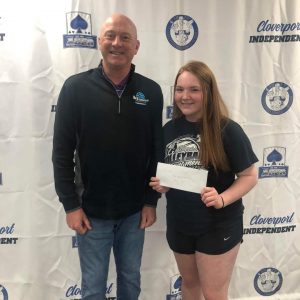 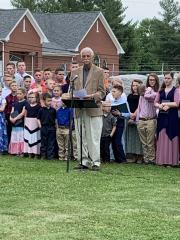